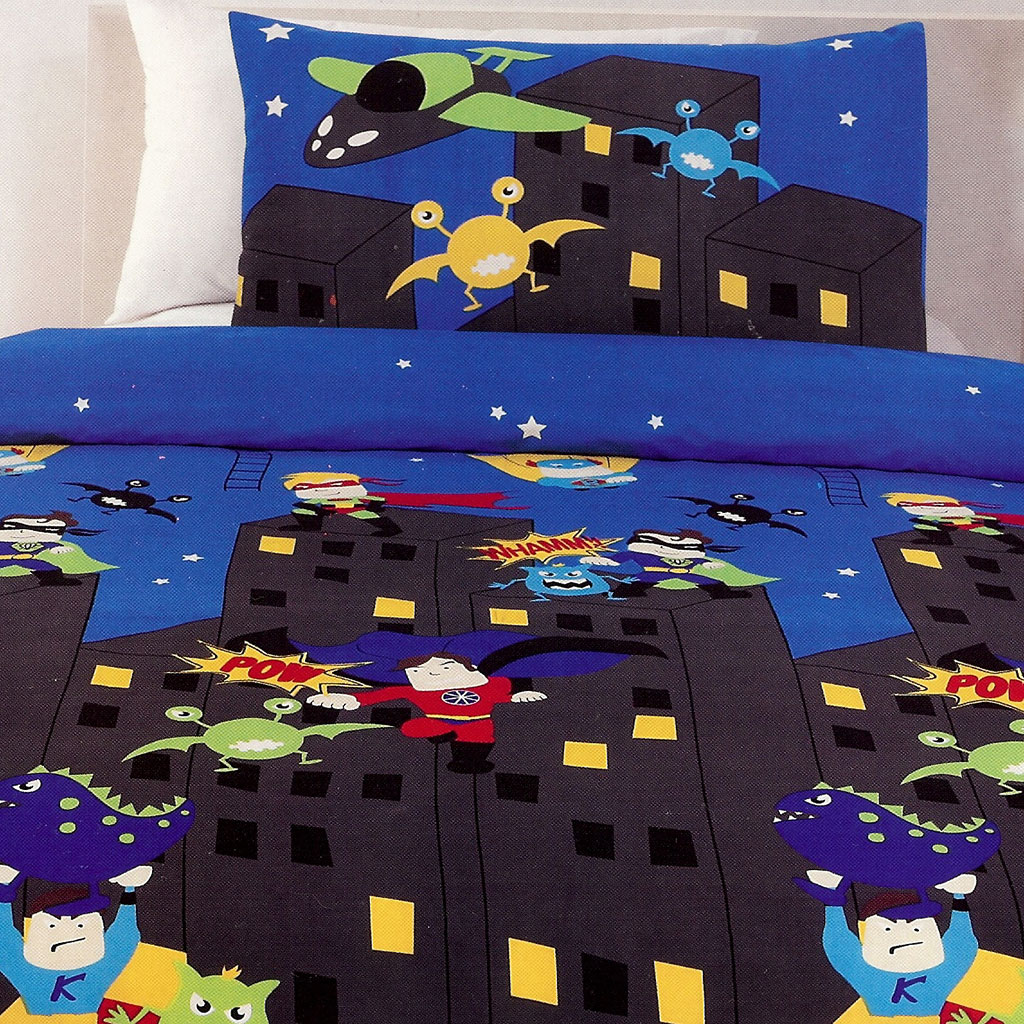 Superheros to the rescue to transform your child's bedroom with our Supersquad bedding collection, with this versatile fully reversible quilt cover set, featuring superheroes in action, defeating monsters. On one side is a design of superheroes in action, defeating the bad guys, monsters, set in a scene on city buildings in the background. On the reverse side is a design of comic book speech bubbles in colors of red, yellow and blue with 'Pow', 'Bang' 'Whamm!!' on a whie background. 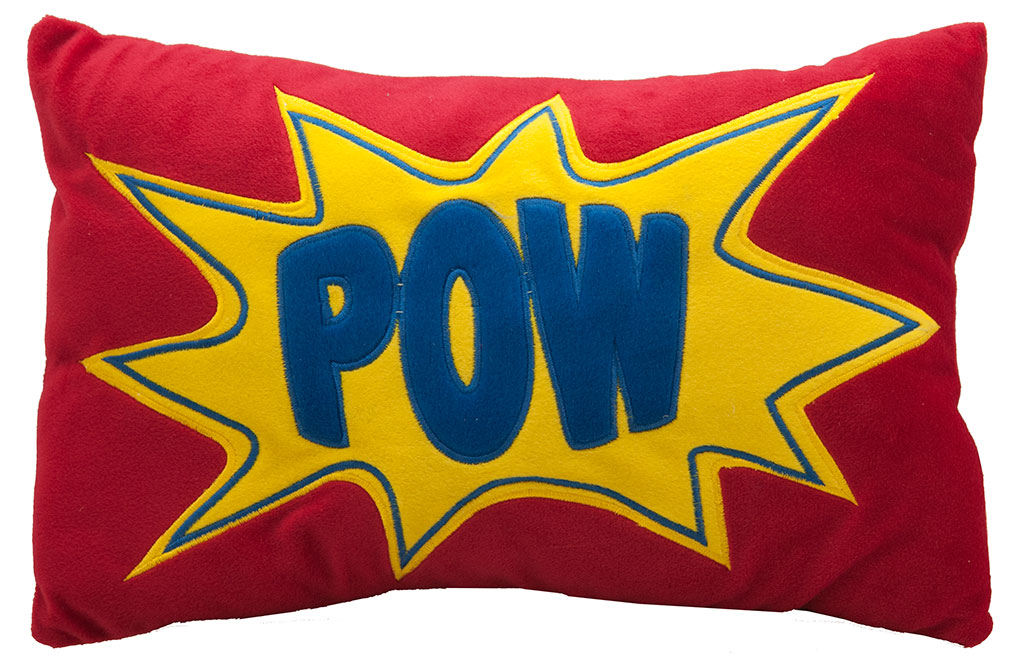 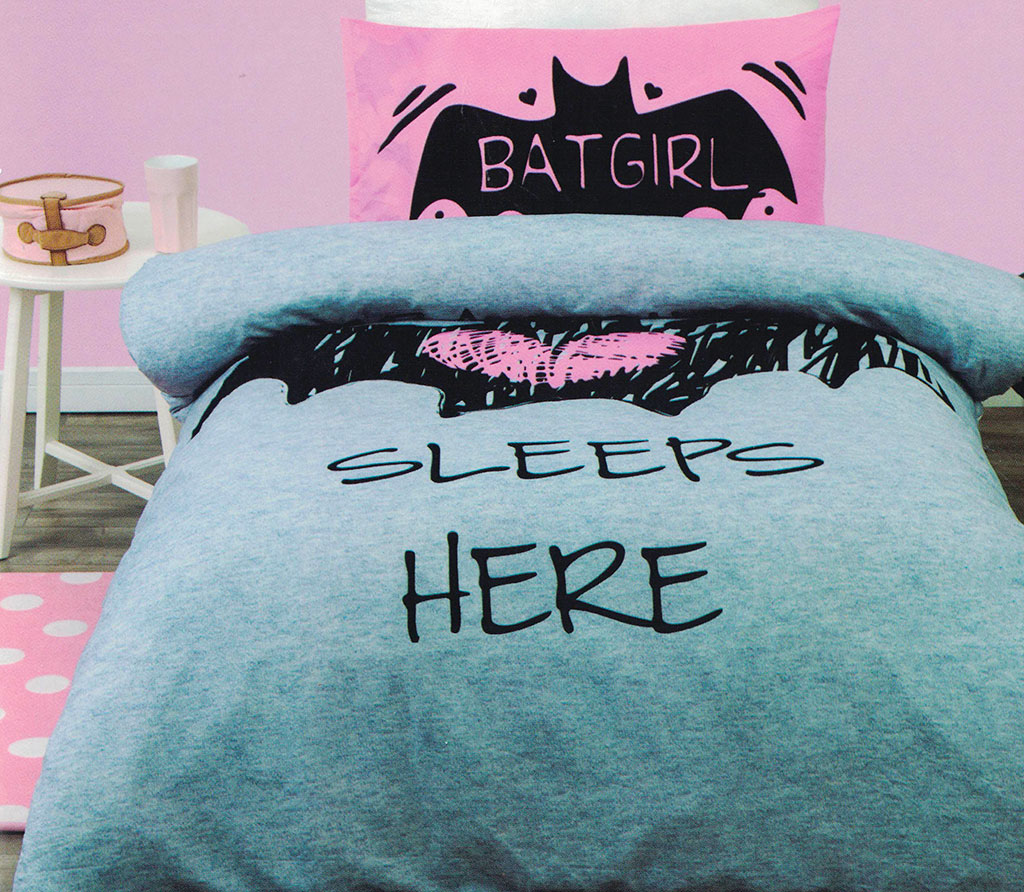 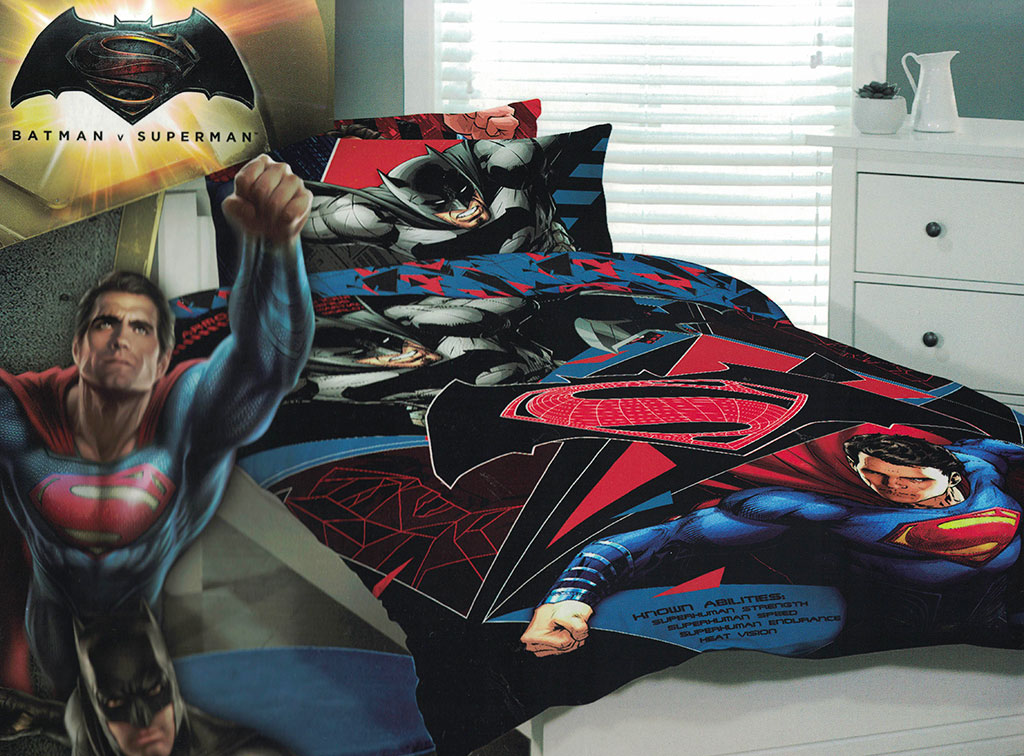 Shop By
Shopping Options
Size
Brand
Color
All Categories
Bedding
Themes
Characters
Girls
Boys
Teen
Baby
Materials
Compare Products
Compare
Clear All
You have no items to compare.
My Wish List
Last Added Items
Go to Wish List
You have no items in your wish list.