'Everything is awesome!' These plastic interlocking construction building blocks have been manufactured by manufactured by The Lego Group and loved by children since 1949 and have only increased in popularity since the release of The Lego Movie and Ninjago Movie. Our Lego bedding includes quilt, doona and duvet covers in single and double bed sizes and bedroom accessories that can transform your child's room into a fun Legoland of plastic bricks and minifigures.
View as Grid List

Build a Legoland bedroom for your little builder as they dream of building models with the colourful plastic bricks and minifigure toys. Co-ordinate the bed linen with building set models from the Lego City and Technic series with robots, castles, trains and other models from the Batman and Ninjago movies. Add matching bed sheets or a decorative cushion or pillow to create a comfortable construction site for your little builder of tomorrow. 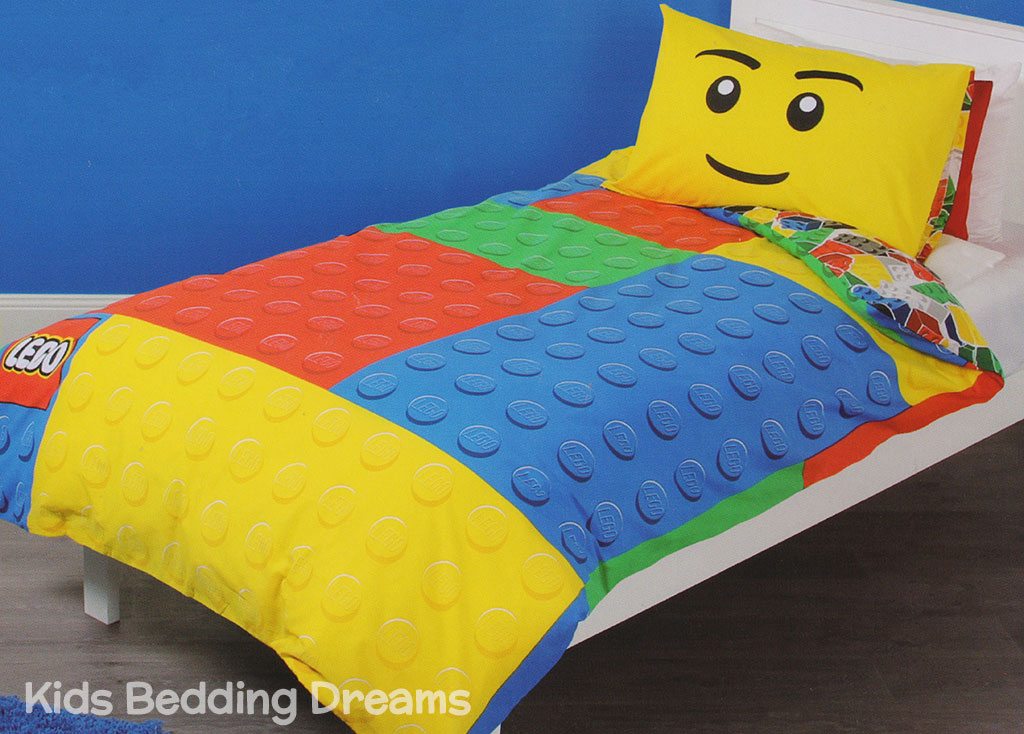 ♫ "Everything is awesome!" ♫ Vibrantly coloured building blocks will build and transform the bedroom of little builders of the future into a Legoland with the Lego quilt cover set. Fun design presents a rainbow of brightly coloured plastic building blocks with the official Lego logo in the bottom left corner of the duvet cover and the face of a minifigure on the pillow case. Lego blocks come in all colours, shapes and sizes and this quilt cover set features the iconic Lego interlocking plastic bricks in shades of yellow, blue, green, red on the quilt cover with a yellow pillowcase of a Lego man that is ideal to create a Legoland bedroom for boys, girls and fans of the popular construction toy. 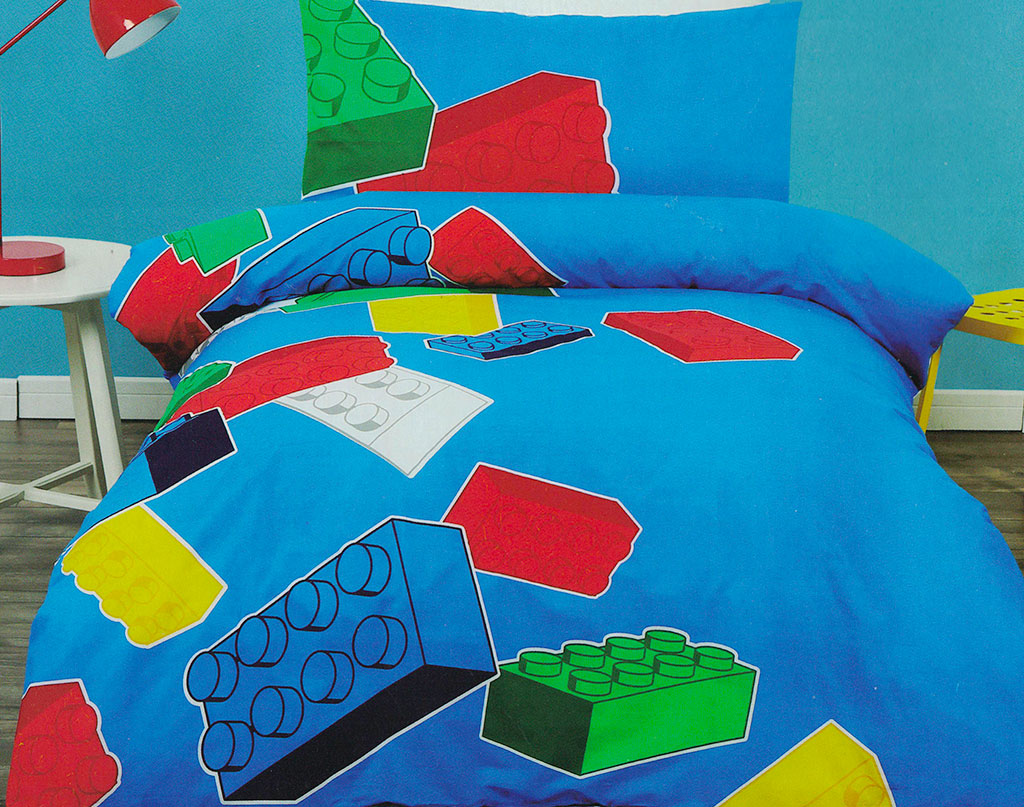 Lego blocks will construct a Legoland bedroom for children with this fun Lego Blocks bedding set. Playful design presents brightly coloured Lego building blocks all over the duvet cover and pillow case. Building bricks are in a vibrant rainbow of colours of red, blue, green, yellow and white in different shapes and sizes on a blue background that is perfect for girls and boys that love to build. 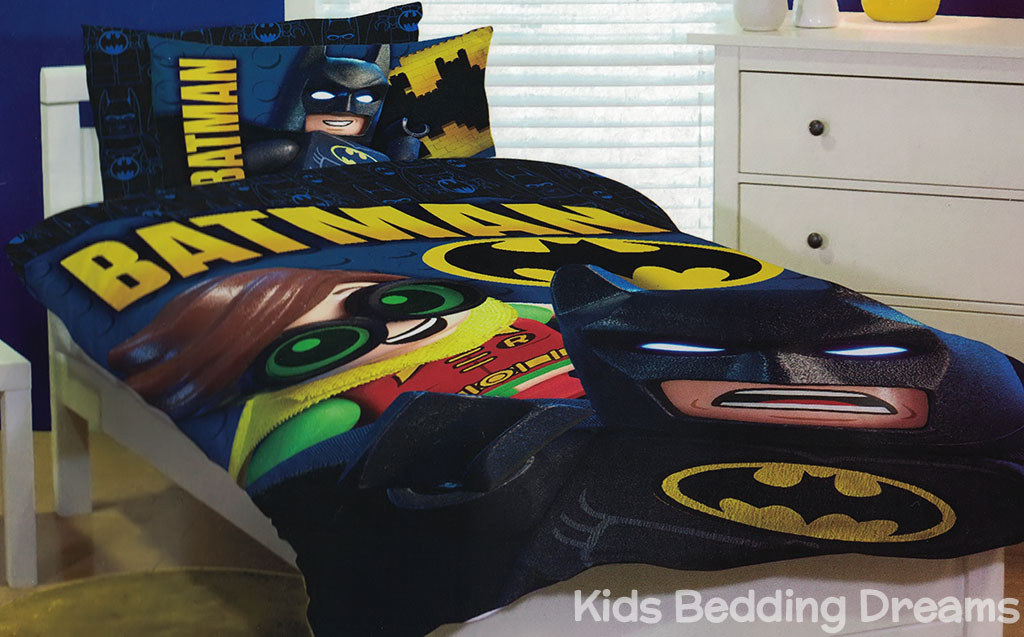 "Always bet on black!" Batman and Robin Lego characters will take your child's bedroom to Gotham City in the Lego universe. "Na na na na na na na na batman!" Fun superhero comic book design features a large motif of Lego minifigures, Batman and Robin, from "The Lego Batman Movie" with Batman printed above the superheroes along with the Batman logo on the duvet cover and pillowcase on a background with a pattern of studs from the classic brick toys. 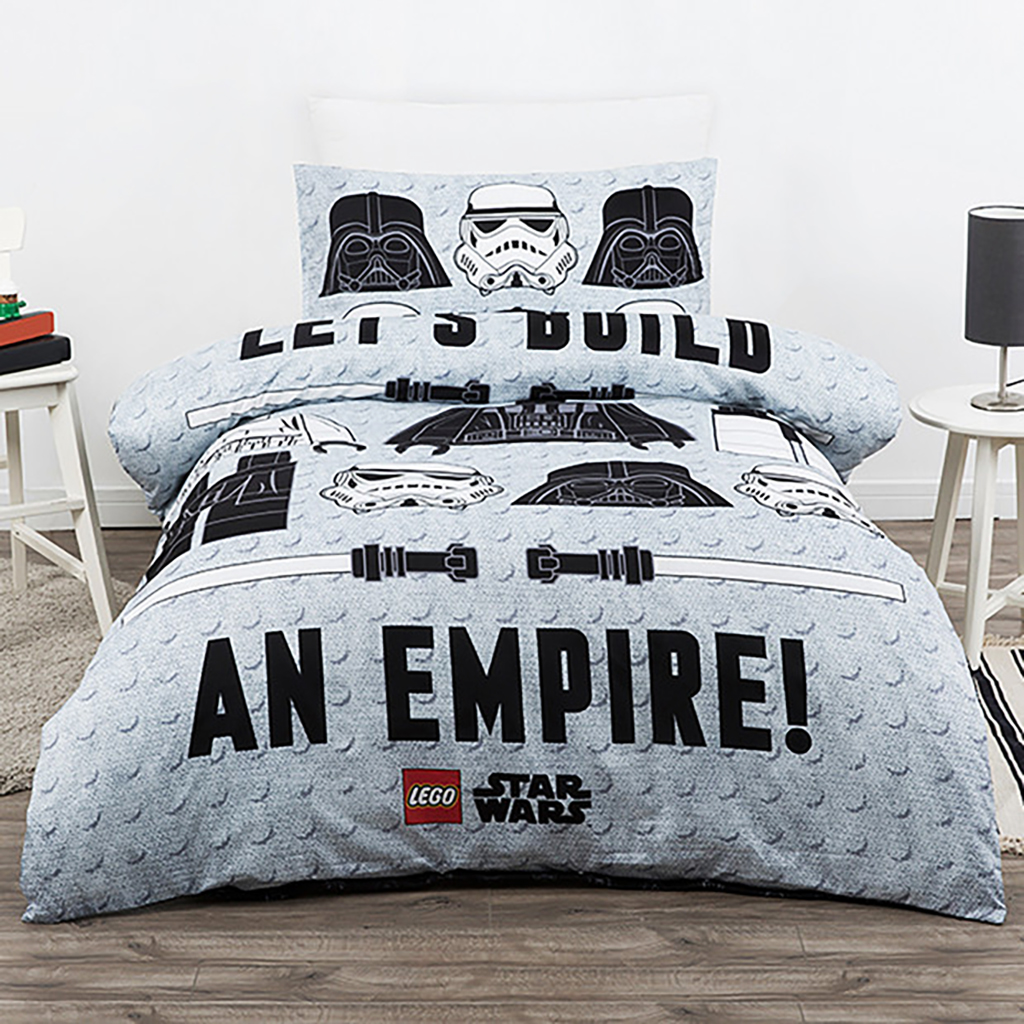 Let's build an empire with Stars Wars Lego characters and transform your child’s bedroom over to the dark side. Fun builders design features a large motif of Darth Vader and Stormtrooper Lego men, complete with their masks, bodies and lightsabers with 'Let's build an empire!' printed on the duvet cover on a background of baseplate studs. 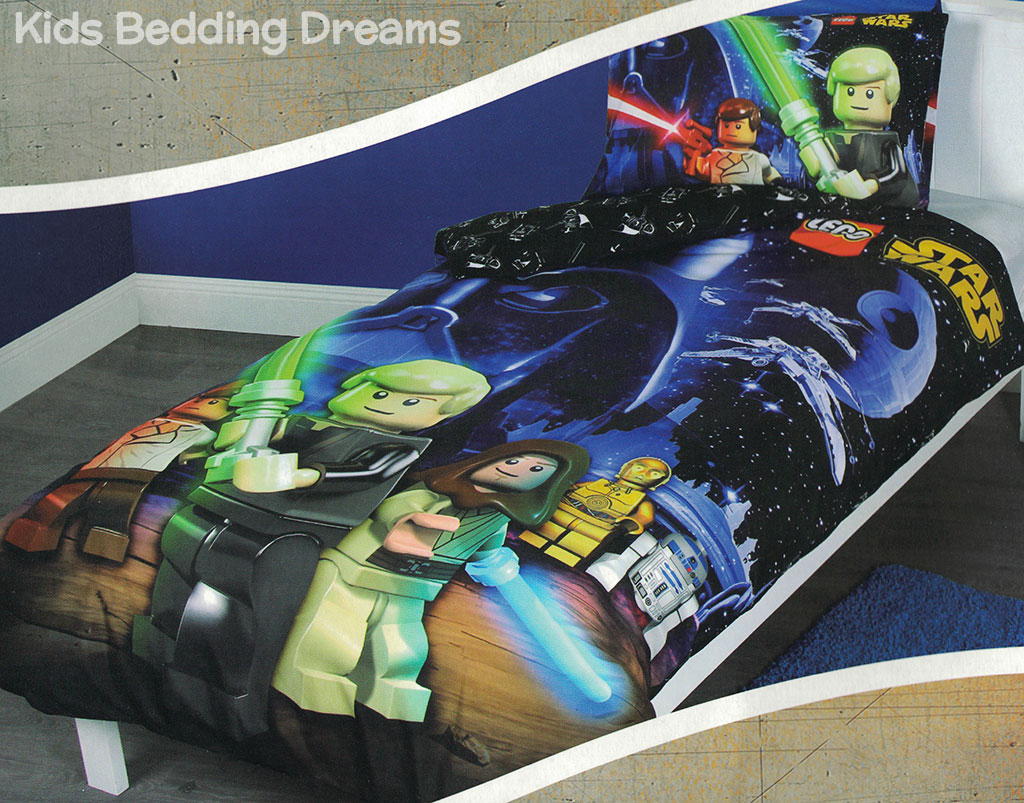 Stars Wars Lego characters with illuminated lightsabers will transform your child’s bedroom into a Star Wars Lego Land that resembles a galaxy far, far away. Vibrant design features a large motif that sets a scene of Lego minifigures from the Star Wars movies featuring hero Luke Skywalker and Obi Wan Kenobi with lightsabers in hand, with Han Solo and droids, C-3PO and R2-D2 in an epic space galaxy background with Darth Vader in the distance and the official Lego and Star Wars logos at the top right of the duvet cover.